Trump wants to "drain"! It's hard to wash your hands and flush your toilet

U.S. President Trump has been advocating loosening of regulations, especially in the Obama administration, and environmental protection regulations, because he believes that these regulations have dragged down development, such as automobile fuel and emission standards. On Friday, Trump again proposed a new goal, saying that he had asked federal agencies to thoroughly investigate water conservation policies because "the water flow was so small that the toilet could not be cleaned and he could not wash his hands." According to Trump, these water-saving toilets require people to flush 10 or more times before they are clean; the faucets and showerheads also have a small amount of water, but the result is that everyone keeps the water longer. "If these standards allow tap water to drip out slowly and the toilet flush with more water, then it is reasonable to re-examine the water efficiency standards." "Bloomberg" pointed out that although Trump said that "he ordered a thorough investigation", in fact, after reviewing the "WaterSense" plan last year, a piece of legislation in Congress asked the EPA to check all regulations implemented before 2012. For example, compared with the 1992 standard, the water consumption of the water tank toilet needs to be reduced by 20%, and the maximum water flow of the toilet faucet needs to be reduced by 32%. "Water Awareness" is a semi-official water saving plan supported by the US Environmental Protection Agency since 2006. Products that pass the inspection will have a label. The latest inspections will include water standards for tank toilets, faucets and accessories, shower heads, urinals to irrigators. However, the government said that these water-saving results are significant, especially sanitary equipment that accounts for more than half of indoor water use. By using water-conscious label products, you can save more than 17 gallons (about 3.785 liters) a day, and save $ 380 (about NT $ 11,566) a year in water fees. Trump said that he would consider the states to set standards based on the amount of rainfall. After all, some states have desert areas, and others are "too much rain. I don't know what to do." However, according to a 2014 report by the US Government Accountability Office, 40 of the 50 states ’water conservancy bureaus are expected to experience water shortages in parts of their state over the next 10 years with average water use. Trump also complained about Obama's energy-saving light bulb standards, saying that the light from the light bulbs made his skin look more orange. The US government announced in the fall that it would also withdraw light bulb standards. 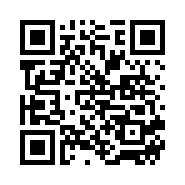