She was charged 11,000 yuan through the toilet. Plumber: Deceited!

How much does a general toilet cost? A netizen in Taoyuan called and asked for a price of 2,500 yuan at the beginning. In addition, he had to pass "45 feet" and 200 yuan for one foot. It also cost 3,000 yuan to open a bucket. Finally, he took a 20% discount to the final number. After 11,000 yuan, she went to verify afterwards and found that she had been pitted! Hua Shi called to ask other utilities, and the boss affirmed, "It must have been cheated!" The netizen stated in the po post of the Facebook group "Blasting Commune": "The boss said it was 2500, and he would use a pipeline to pass a ruler of 200, so I want to say that it should be 3,000 yuan. In the evening the master came to be a young People also said that the price is 2500, and then said that if the toilet disassembly is 3,000 yuan, my husband would like to say that it costs 500 more to dismantle it. I saw that the master took a machine pipeline and extended it down, and then said that it was 45 feet. How did he know the 45-foot ruler at the moment when he didn't respond? The price is: 2,500 + 3,000 (remove toilet) + (45-foot ruler * 200) = 14,500 ". Netizens also called another water and electricity bank to ask. Netizens said, "The boss said that our charges are like this. In the end, I called another bank and asked. If the toilet is removed and the toilet is 2500, the premise that there is no pipeline connection is one. "The second floor is flooded." She also said, "I think this store's starting price is really exaggerated. I can exchange a toilet for 11,000. I know that all walks of life need to make money, but not so? I still have children. Nourish. " In response, the owner of the Zhangxing Hydropower Company said, "This must have been cheated!" Zhang said, "The maximum floor is 10 feet and one foot is 30.3 cm. Take the third floor as an example, so that you can access the basement. The boss said that unless the blockage is serious, otherwise the toilet will not be disassembled. The total charge is 11,000. Even if the septic tank is full of backfilling, the septic tank will not cost so much. However, Mr. Zhang also said that the charging standards of each company are different. If it takes a lot of time to charge more expensive, usually if it is not troublesome within an hour, 3,000 yuan can definitely be solved, but some hydropower banks will add a master's salary for one day. In the industry is about 2500 yuan. In the end, he also emphasized: "It is really exaggerating to pass 45 feet." Other netizens have left messages saying: "I only paid 1,500 yuan at that time", "I had expensive maggots, and the soap stuck at first seemed to be solved by 3000", "Too much exaggeration, more than 3,000 is already expensive", "Not professional! But Seek out the insurance club! "," It's really golden to scare people to death "and so on. 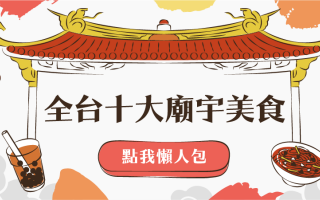 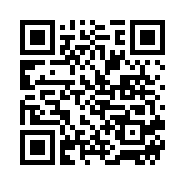