U.S. President Donald Trump was concerned about everything. He stated at the White House on December 6 that he had instructed the Environmental Protection Agency (EPA) to take seriously the issue of flushing water after the toilet, and should relax water control. People flush the toilet 10 or 15 times, not once. " Trump cares about people's toilet flushing (Associated Press) Trump cares about people's toilet flushing (Associated Press) Trump talks about toilets Trump met with entrepreneurs at the White House the same day, during which he talked about toilets, including faucets, toilets, etc. He said, "You turn on the faucet and then there is no water. They take a shower, and the water drips out, drips out, and drips very quietly. come out." He went on to say, "People need to flush the toilet 10 or 15 times, not once." He said that instead, the people would use more water. The Guardian reported that Trump was dissatisfied with U.S. conservation laws, which made the water pressure too weak and required departments to improve. Trump said on the day that he had instructed the US Environmental Protection Agency to relax water control. He said that desert areas may require water conservation, but there are many areas that do not need it. That's called rain. " Trump criticizes light bulbs again Trump then continued to focus on daily life issues. For example, he criticized the use of electric bulbs to replace traditional light bulbs. He said that under the light of electric bulbs, people would look “orange” He laughed and said, "It makes you look orange. I don't want to look orange. Does anyone notice? 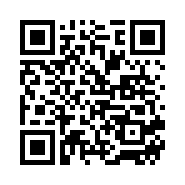